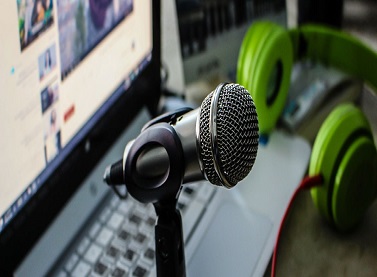 Are you the type of sports enthusiast who stays up the entire night to watch a live soccer match? Do you have sports trivia at your fingertips? If you have seen it all in sports - Olympics, FIFA World Cups, Common Wealth Games, Asian Games and the Cricket World Cups.Here is a perfect career option.

The journalism that specializes in reporting on sports events and topics is termed as sports journalism and has grown in importance over the last few decades. Most news media organizations have a special section for sports. There are also many publications which are completely sports oriented. Popular newspapers and magazines like L'Equipe in France, La Gazzetta Dello Sport in Italy, Sports Illustrated and the Sporting News in America, and television networks like ESPN and Star Sports are all exclusively for sports.

The career path of becoming a sports journalist is relatively straightforward and besides a passion for sports requires you to have an acumen for creative writing and the ability to communicate with sports fan your experience, insight and knowledge of sports events.

The US that hosts some of the largest sporting events in the world is considered the best country to pursue an undergraduate course in sports journalism. A bachelor’s degree in journalism with sports as a major takes 4 years to complete. Postgraduate degree programs in sports journalism in the US takes two years while associate degree or certificate programs can be completed in one to two years.

Once you have acquired the relevant qualification, you can start working as a sports journalist with a media house. On a day to day basis, your job responsibilities as a sports journalist would include attending the editorial meetings to discuss and understand assignments and publishing schedules (deadlines). In preparation of the editorials, you will conduct interviews, read and research relevant material and attend related games, tournaments and even press conferences. You will then present the accumulated information in the form of editorial articles or broadcasting scripts which will then get published in the newspaper/magazine/online media or get broadcasted on television or radio. With some experience, you can broadcast your own editorials. Experienced sports journalists also get to work as a play-by-play announcer/broadcaster. That however takes time.

Networking with sports personalities, athletes, their managers and coaches is another aspect of the work profile. Many sports journalists work independently and for multiple media houses..

The top industries that employ sports journalists are:

Mass communication is the study of spreading information to a large audience through the various means of communication. Journalism is the a...Read More 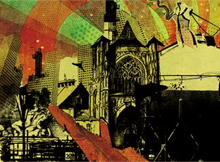 Visual communication is a creative process that blends art and technology to communicate ideas and information visually. A visual designer w...Read More

Some of the other jobs relevant to sports journalists that can be practised with some mentoring guidance are:

Some of the top companies which hire sports journalists at an international level are:

In the US, the average monthly salary ranges from approximately $2,400 for Sports Writers to $7,600 for Sports Directors. On an average, journalists, editors and social media specialists make between $3,800 to $4,200 a month. An Indian sports journalist makes an average of Rs. 30,000 a month. Experienced professionals in the field can make up to Rs. 80,000 a month.

A broad understanding of the sports business, detailed industry knowledge, creativity, communication skills, ability to read and research, and connect with sports fans are some of the essential skills to make it big in this profession. Sports journalism is a glamorous field of work but comes with its unique challenges. Having risen to fame as the back page columnist for Sports Illustrated magazine, Rick Reillynow runs his own interview show on ESPN - Homecoming with Rick Reilly. He is the eleven times winner of the NSSA National Sportswriter of the Year. He is also a writer for ABC sports and has even co-authored the screenplay of the George Clooney directed movie ‘Leatherheads.’ An Indian journalist with the STAR network, Mayanti Langer is one of the most famous female sports anchor, host and commentator. She has hosted some of the biggest tournaments like the Zee Sports Football Cafe, 2010 FIFA World Cup on ESPN, 2010 Commonwealth Games, Cricket World Cup 2011, the Indian Super League 2014 and the ICC Cricket World Cup 2015. Having started his sports journalism career by interning at The Boston Globe and then spending his entire journalism career there, Bob Ryan rose to fame with his knowledge and insight about basketball so much so that he was nicknamed the ‘guru of basketball.’ He has contributed many articles about the Boston Celtics. Apart from writing, he hosts a sports talk show on the New England Sports Network.

1885 In US, Major League Baseball players create a players’ union

1921 In India, for the first time a sporting event (boxing match) is broadcast on the radio station KDKA