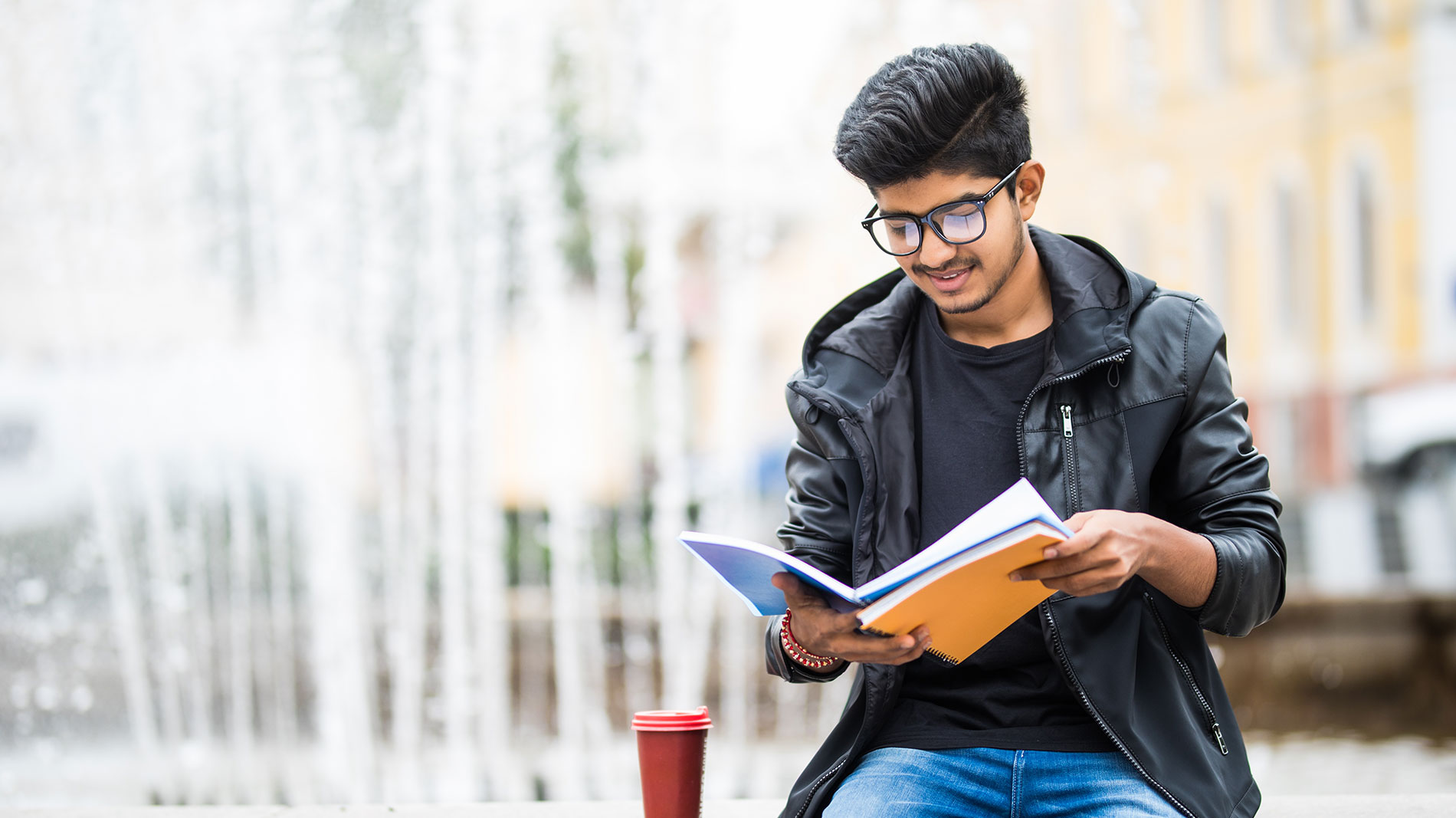 An Inflation In Class 12 Marks That’s Unreal! [What Should Your Child Focus On NOW?]

The recently announced CBSE class 12 results showcase a huge increase in pass percentage and students scoring about 90% and 95%. How is this inflation in marks going to affect your child’s future? Read on to know more.

Scenario A Decade Ago

In 2010, Maths and Science were the only two subjects that used to be considered the ones in which a student can score 100%. Even the student who topped in 2010 scored 95 marks in a subject like English.

Scoring 90% or 95% was considered a huge deal, because they were not many students who scored that much. Even the pass percentage in 2010 was 79.8%

I focused on both academics and extracurricular activities, as it helped me concentrate more and give me better guidance. – Swati Prusty, CBSE, Class 12 topper of 2010

With 67,909 students scoring more than 90%, expectations among parents have pushed the new target score for their children to 95%.

Meanwhile, colleges started to wonder how they will choose students based on Class 12 merit when 67,909 students scored 90% and above? The acceptance rate for top universities in India and abroad is very low. Below is the demonstration of the same. 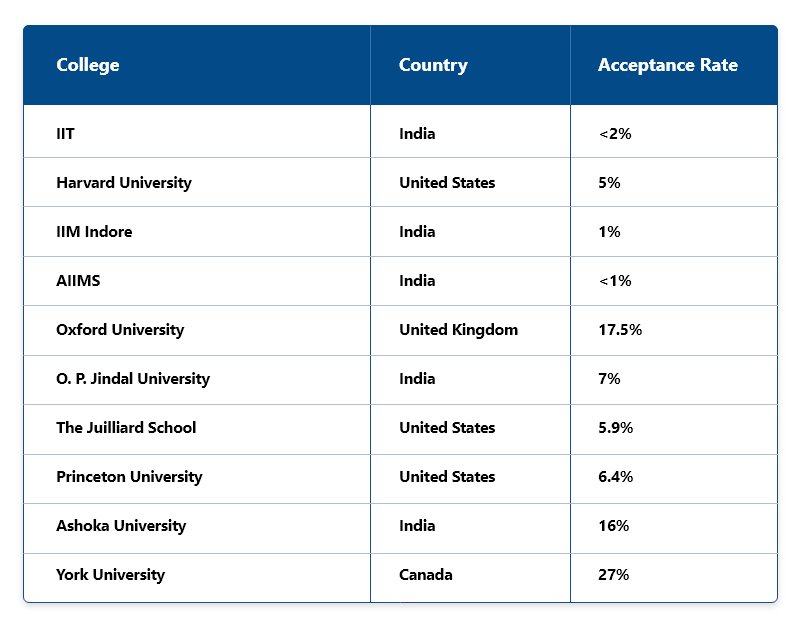 In such a scenario, colleges realised they CANNOT rely ONLY ON MARKS to make an admission decision, that’s when the shift from grades slowly began. Colleges started to pay attention to other aspects of a student like extracurricular activities, non-academics etc.

Our blog on How Colleges In India Will Grant Admissions Now explains this shift in detail.

The inflation in marks had just begun in 2014. This rise in marks got more and more steep in the years to come. 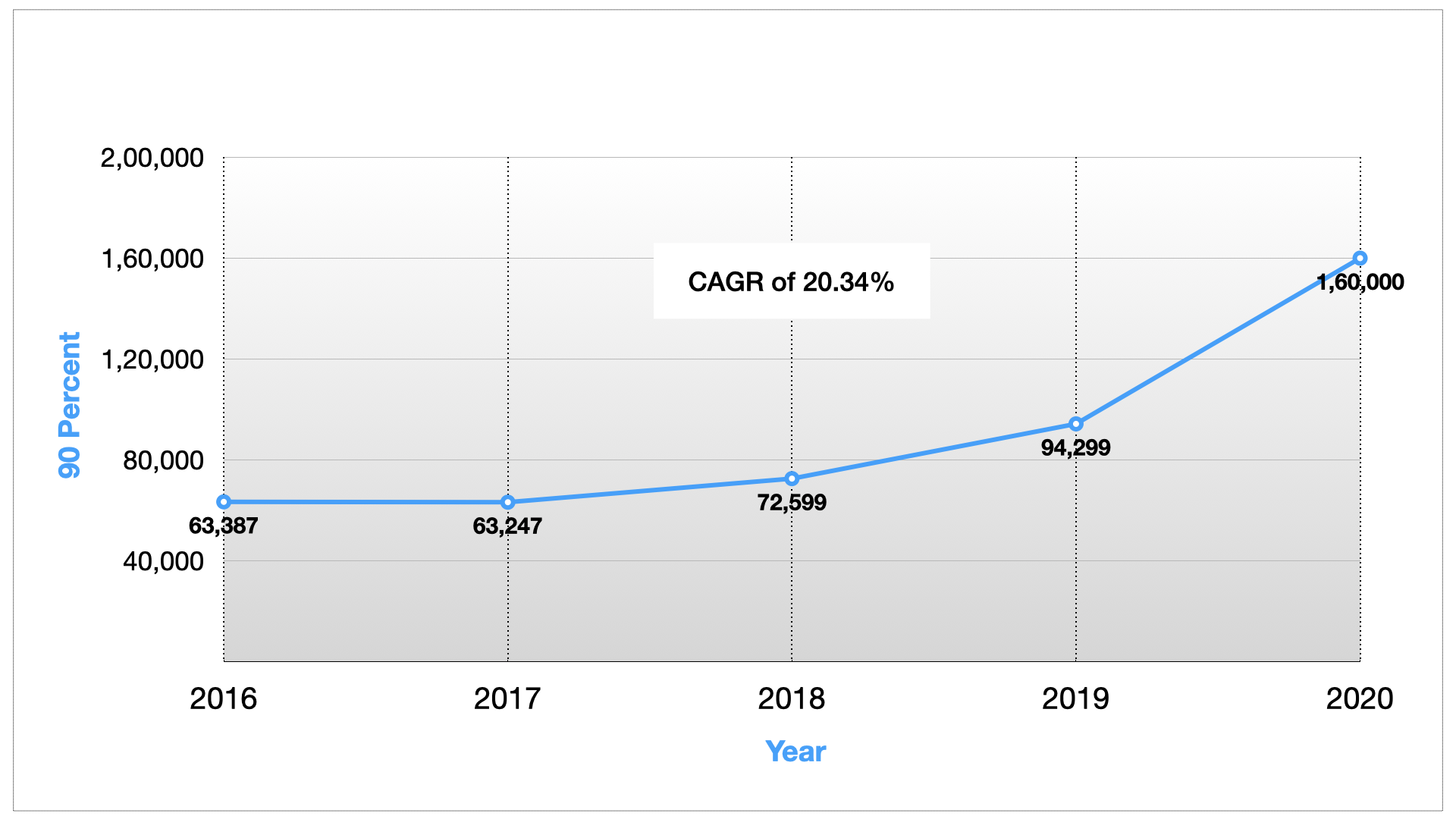 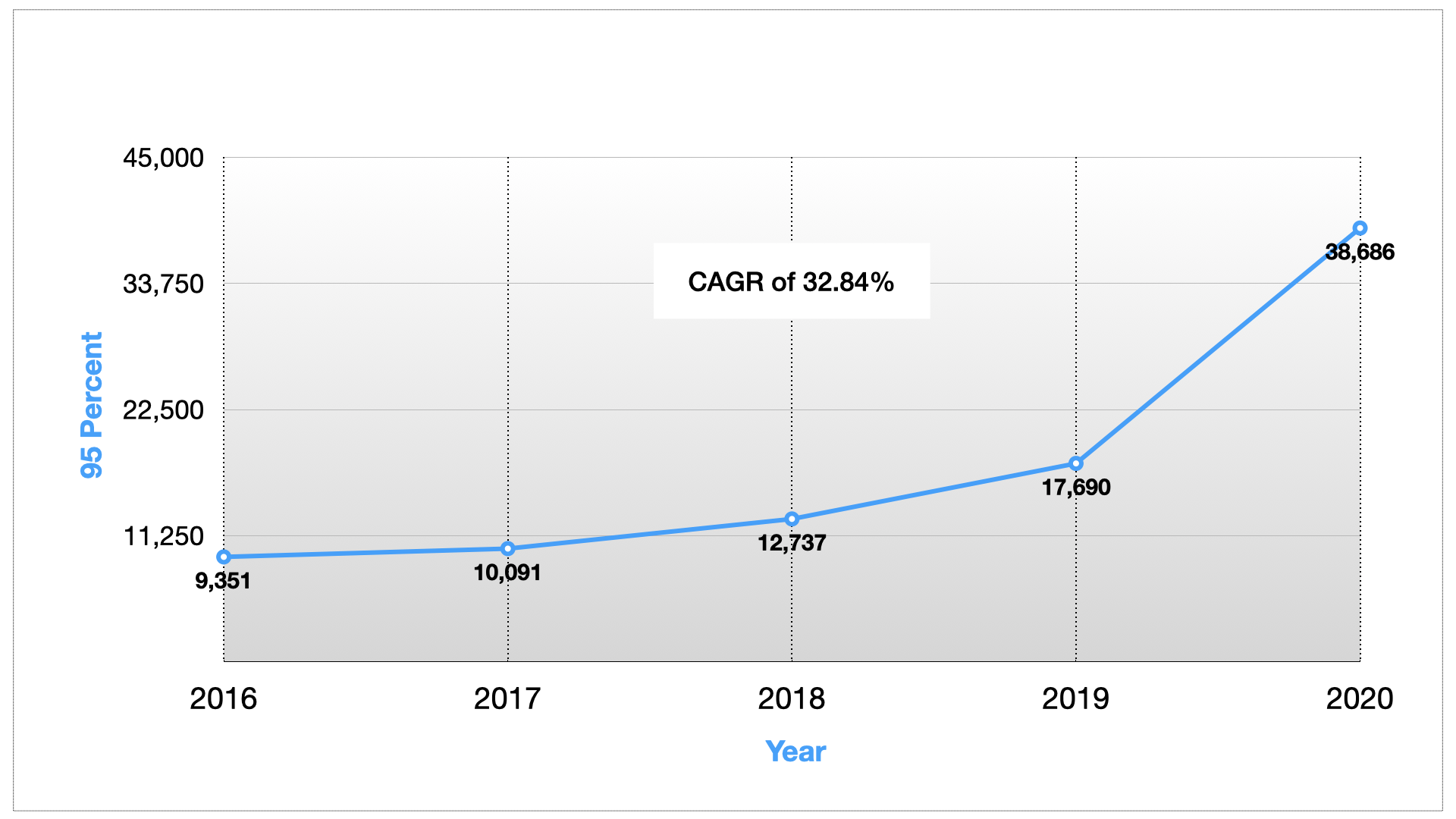 Looking at the numbers mentioned above, you know your child’s competition is skyrocketing. What seemed impossible a decade or even half a decade ago is happening now. Marks can no longer be the only parameter your child should work on to get into his/her dream college.

If they work day in and day out to score 95%, 38,686 students will be there to compete with him/her. Scoring 95% is no longer a rare occurrence and cannot help your child stand ahead of the competition.

Marks are also increasing globally in IBDP. The average scores for the International Baccalaureate diploma have risen to a four-year high in 2020. This year, candidates worldwide achieved an average score of 29.9 points this year, out of a possible total of 45.

To put things in perspective for you, let’s draw comparisons between inflation in marks and inflation in other things which we see in our day-to-day life.

Do you think it is good for your child to invest all their time in scoring marks?

Due to the COVID-19 crisis that has gripped the nation and cancellation of exams, Class 12 marks for 2020 were awarded in a very different fashion.

CBSE:
– For students who have appeared for exams in more than 3 subjects, the average of the marks obtained in the best three performing subjects were awarded in the subjects whose examinations have not been conducted.

– For students who have appeared for exams in only 3 subjects, the average of the marks obtained in the best two performing subjects were awarded in the subjects whose examinations have not been conducted.

– For very few students, mainly from Delhi, who have appeared for exams in only 1 or 2 subjects. Their results were declared based on performance in the appeared subjects and performance in internal/practical project assessment.

ISC:
The candidates were assessed based on the best three percentage marks obtained in subjects for which board exams were conducted. The board also considered the marks of the internal assessments and project work.

IB:
The final marks awarded were based on the student’s coursework throughout the two-year programme.

What Does This Inflation In Marks Means For Your Child?

At the end of the day, both you and your child aim for good marks so that they can get into a top college, right? But, the inflation in marks is forcing colleges in India and abroad to change the way they admit students.

Those relatives who always wanted to know if your child scored above 90% don’t seem to be bothered anymore. Even they know that 90% is not a rare occurrence. Here’s what inflation in marks mean for your child:

The top colleges in India and around the world are following a holistic approach to admissions, because marks are not something admissions committees can judge a student on anymore. 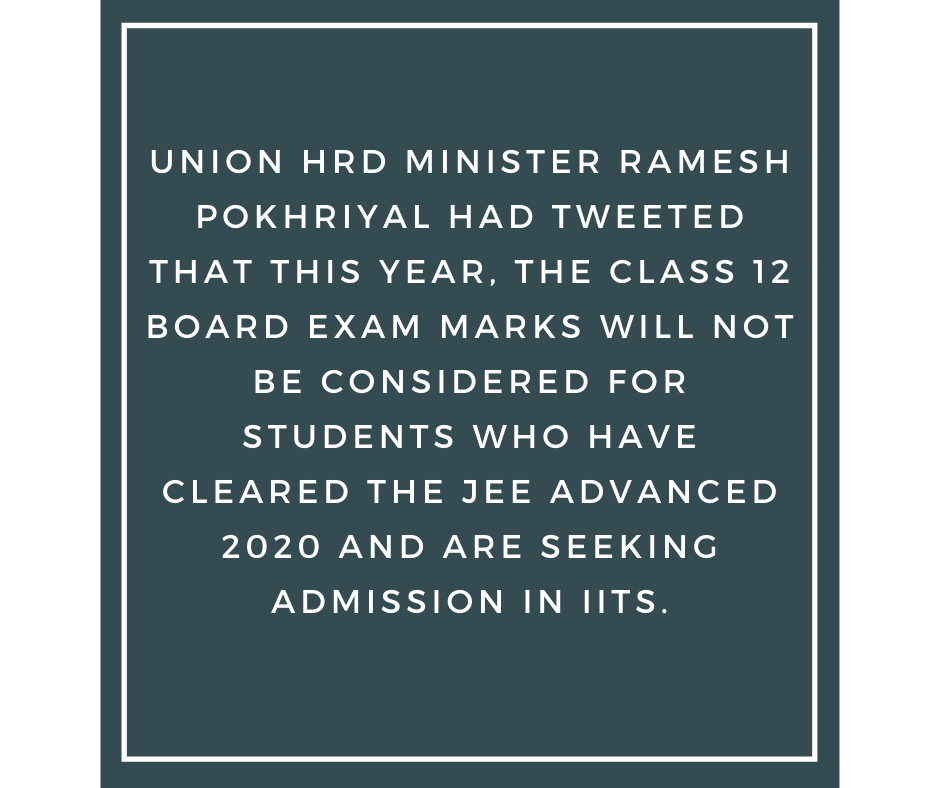 Marks Will Be An Eliminator & Not A Selector:

For a student to make it through the first round of admission, they need to have a certain score. Students who have that score are moved onto the next round. The students who don’t have the score are let go.

This means that your child’s marks are used during the elimination process. Post that, their marks are not going to hold too much value. That’s because everybody who made it along with your child might be having the same scores. So, marks one become the eliminator in the first round, but not the selector.

Almost all applicants who apply to top universities will have high predicted grades that will meet the university’s academic requirements, so any other personal information on the form is a very important way in which you can impress the selectors. – Peter Dunn of Warwick University, UK

A Balanced Profile Is What Will Matter:

With such a high percentage of students scoring above 90% in class 12, colleges have started to look for students with a balanced profile. The right balance of academics and a strong non-academic profile is what will get your child through to the other side.

The holistic admission process is all the more evident in universities abroad. Admissions Office James Kim discusses his perspective on holistic review – the central philosophy of Yale University’s selection process.

What Should Your Child Focus On NOW?

By now you understood that only marks will not be enough for your child’s future success. A balance between academics and a strong non-academic profile is key to his/her success.

By this, we do not mean that you enrol your child in any and every extracurricular activity in your vicinity. There is a certain amount of science and expertise needed to crack the balance to align it to what his/her dream college looks for during the admission process. Here are a few steps you and your child should keep in mind:

A well rounded personality is what colleges are looking for in an applicant. This is possible with the right guidance, exposure, and roadmap.

We can help you achieve this with ProMap– short for Profile Mapping, where we will build a personalised roadmap keeping in mind your end goal and increase your chance of admission success.

Tell Me More About ProMap

Conclusion – A Shift In Focus Is The NEED OF THE HOUR 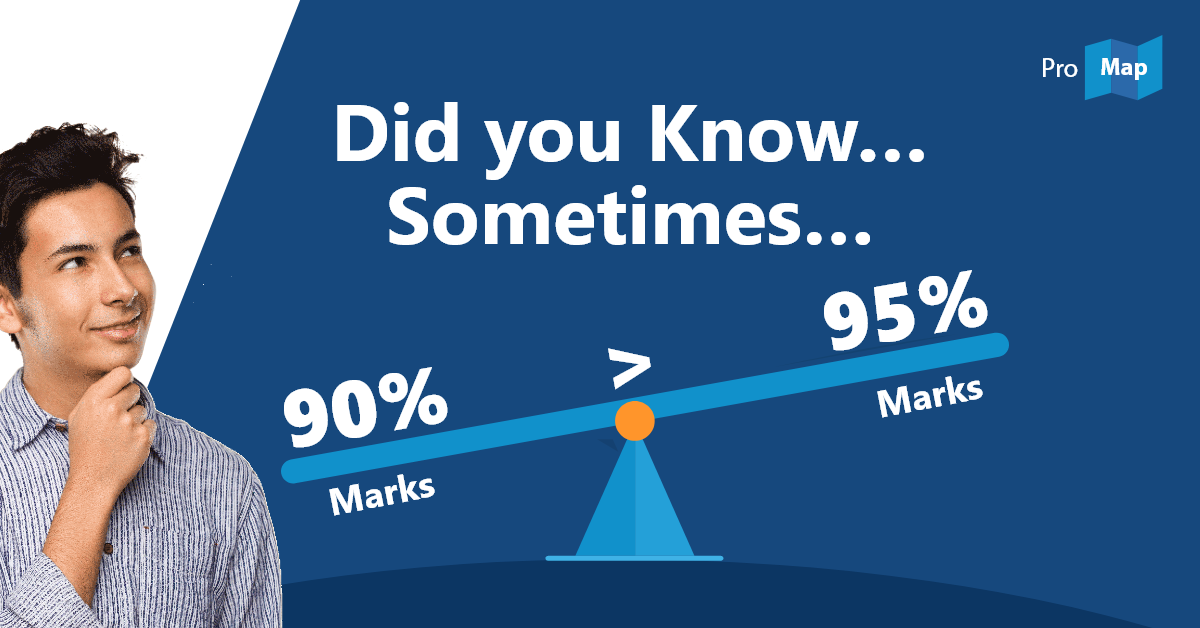 So, talk to your child today. Understand their aspirations, align to want needs to be focused on, get expert help and increase your child’s chances of getting into his/her dream college.

What’s the first step you will take to adapt to this change? Comment and tell us!

Sneha Mashetty is a former journalist who covered state politics. With a degree in Journalism & Masters in Electronic Media, she combines her research techniques, versatility in writing for the web, and love for education at Univariety. She has written extensively for International schools, Ed-Tech products, emerging learning technologies for half a decade. An avid reader, a travel lover & a movie buff who loves to have meaningful conversations

Parents, Children and Careers- The Big Question [Part II Of The PACE Series]

Changing Curriculum After Grade 10? Ask Your Child These 3 Questions!