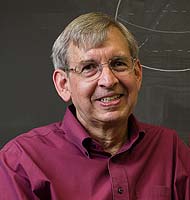 ( The University of Texas at Austin )

Dr. Michael P. Starbird is one of the world's leading authorities in the new emerging field of mathematics and creative thought. Dr. Starbird seeks to make sophisticated mathematics accessible to the public.

Dr. Michael Starbird is Professor of Mathematics and University Distinguished Teaching Professor at The University of Texas at Austin, where he has been teaching since 1974. He received his B.A. from Pomona College in 1970 and his Ph.D. in Mathematics from the University of Wisconsin-Madison in 1974. Professor Starbird's textbook, The Heart of Mathematics: An Invitation to Effective Thinking, coauthored with Edward B. Burger, won a 2001 Robert W. Hamilton Book Award.

Professor Starbird has won many teaching awards, including the Mathematical Association of America's 2007 Deborah and Franklin Tepper Haimo National Award for Distinguished College or University Teaching of Mathematics, which is the association's most prestigious teaching award. It is awarded nationally to 3 people from its membership of 27,000. Professor Starbird is interested in bringing authentic understanding of significant ideas in mathematics to people who are not necessarily mathematically oriented. He has developed and taught an acclaimed class that presents higher-level mathematics to liberal arts students.

He joined the University of Texas at Austin as a faculty member in 1974, and served as an associate dean in Natural Sciences from 1989 to 1997. He serves on the national education committees of the Mathematical Association of America and the American Mathematical Society.

He has received over fifteen teaching awards, has written 5 books on topics covering mathematics and creative thinking. The 5 Elements of Effective Thinking (which is published by Princeton University Press, has translation contracts in 16 languages, and was a 2013 Independent Publisher Book Award Silver Medal winner). The book, The Heart of Mathematics: An Invitation to Effective Thinking was acclaimed by the American Mathematical Monthly as possibly the best math book for non mathematicians it had ever reviewed. It won a 2001 Robert W. Hamilton Book Award. 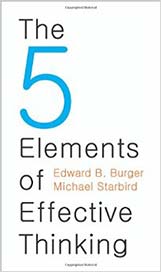 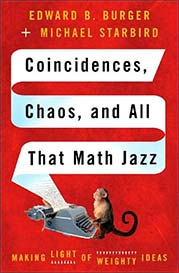 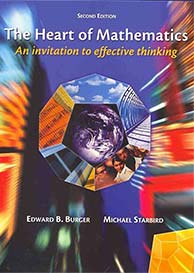 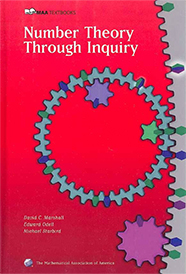